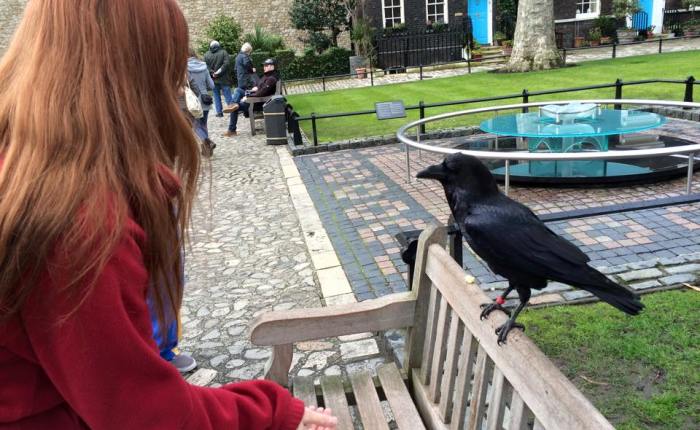 We went to London, well, because I had to. I needed to take my NCLEX nursing exam and the only place in Europe that I could take it was in this country. England wasn’t necessarily my first country of choice as I knew that the transportation cost (either via plane or train) was going to be exorbitant—and we had just taken several trips prior to this. I had never been to England before (other than the Heathrow Airport) and wasn’t sure what to expect. This said, I did look forward to the opportunity to experience another country.

Everything in England costs so much: food, hotels, taxi cabs…coffee.  The NCLEX exam itself was well over $400 (only $200 in the States). The test would be hard.  The thought of coming back again to retake this formidable exam, pay the fee, and deal with the trip expense, wasn’t pleasant. I had to pass! (Thank goodness for credit cards!)

Despite my anxieties during this “vacation”, we managed to have a really good time. Two round trip train tickets from Germany to England cost roughly 700-800 euro. We boarded the TGV train in Kaiserslautern and then switched onto the Eurostar train in Paris.  From Paris, we went through the Chunnel (Tunnel through the English Channel) and then on into rainy, dismal London. 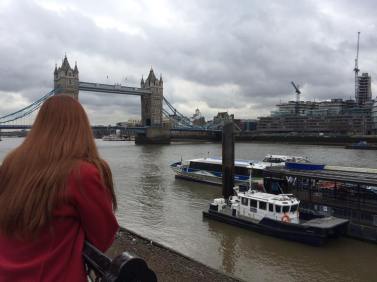 Our hotel was right in the center of town and did the job. Two little separate beds with old ratty furniture, despicable carpeting all within a cramped space will still cost you around 80-90 pounds nightly. But, hey, we were close to everything, right? Bonus, we also got free breakfast.

We walked all over London. We saw Big Ben, the London Eyesore, and took pictures at the London Bridge. We booked a tour through the most haunted place in the world—the London Tower! If you fancy large ravens that will let you come right up to them, this is the place to go! I tried to pet a raven but was pecked at forcefully. We went into an art museum, stopped at a coffee shop to read books, had great Indian food, had some fish and chips and went into St. Paul’s cathedral (You MUST see this!). We also went into the British History museum and saw a bunch of old artifacts.

Other highlights of our trip included going to the gate at the Buckingham Palace and wondering what they were doing up there. Not far from the palace we took a break at the dearest little cupcake shop. 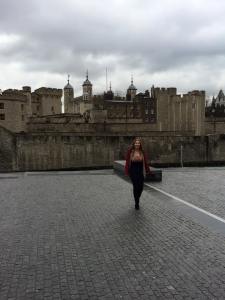 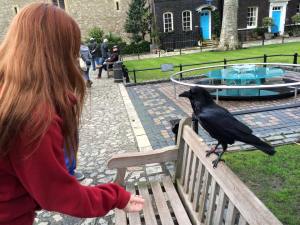 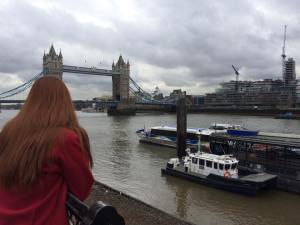 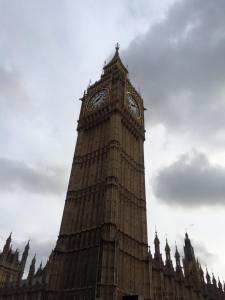 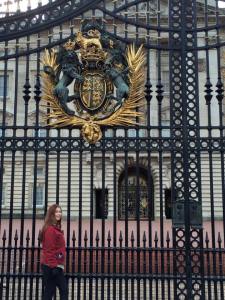 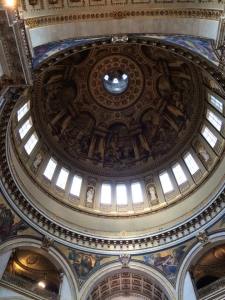 Believe it or not, in two nights and three days you can cover a lot in London! Yes, the entire time my mind was “half with it”. All I could think about was my test to be taken on the final day (so my memories of this trip are fuzzy). To conclude, I took my test, passed, and we were on our way home. Phew.