We’ve only been in central Oregon for a year and we haven’t explored enough! I’m the type who would be off exploring the Wild West and hitting up every possible western town thinkable but with years of very little sleep and toting two young ones– my motivation has dipped.

I arrived pregnant. Three months later we had our 2nd baby. As anyone with a new baby knows, these past 9 months have been a blizzard of crazy. Hectic, sleepless nights and seemingly endless hours of screaming during the day. Who says babies sleep all the time? They most certainly do not, and if you can get them to nap for two 20 minute naps in a day, you’re lucky!

This past weekend we made a sudden escape to the REAL wild west. Unlike manufactured, hyped-up, touristy places like Bend or Sisters Oregon, we hit up Mitchell (population 130), which appears to be the real deal!

We met terrific residents in this small Oregon town. The man in the picture below sells rocks under this canopy. He finds them around the canyons and hills in the John Day Fossil areas. He told us about PROSPECTING FOR GOLD in some of the nearby creeks. Not a lot left. Apparently the Gold Rush is over.

MITCHELL RESIDENTS ENJOYING THE HOT AFTERNOON WITH A DRINK. THEY ACTUALLY LET ME TAKE THEIR PIC!!!! 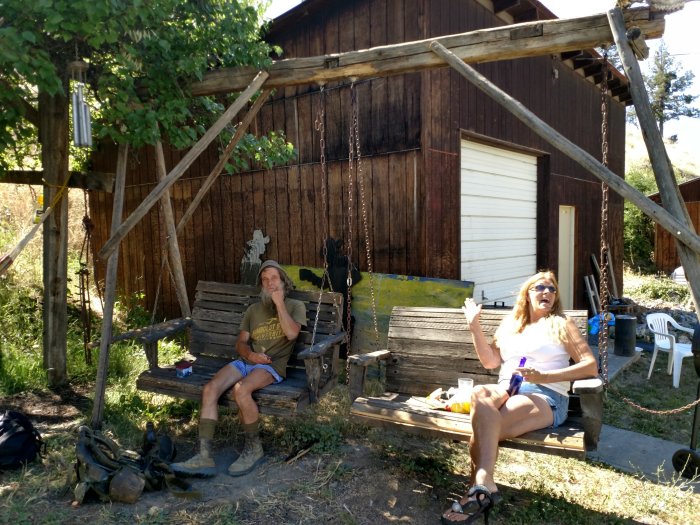 If you look closely at the picture below, you can see locals sitting outside the cafe near the “Open” sign having a Saturday morning chat. These are NOT tourists. They’re locals. You really feel like you’ve gone back into time. It’s surreal!

Next to the cafe, the general store greets you with well worn hard-wood floors and elk and deer racks all over the walls. The shelves are sparsely stocked with goods. The locals say they drive 1 1/2 hours to stock up at Costco in Bend.

Here is Mitchell’s famous Chinese Apothecary–established in the 1800’s. 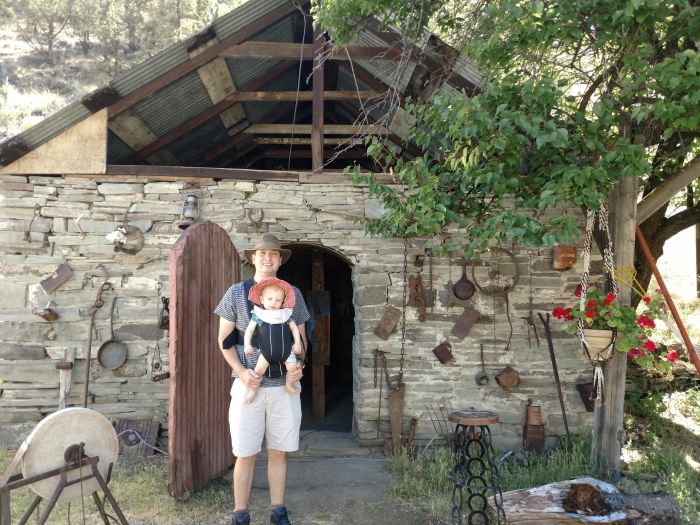 We also scoped out the glorious Painted Hills 8 miles outside of Mitchell.

I will be back. Maybe in the next few days or weeks…or years. This is a highly underrated place for all its breathtaking beauty. My only fear, RATTLE SNAKES!!!!! I told my husband that they needed to invent some kind of special shoe to walk around this place–don’t snakes go for your ankles and lower legs? And then, a lightbulb moment hit. These shoes have already been invented long ago—they’re called COWBOY BOOTS. DOH 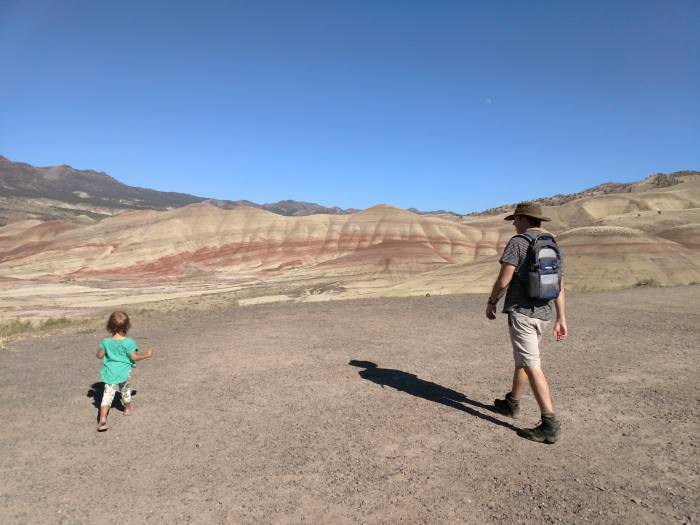 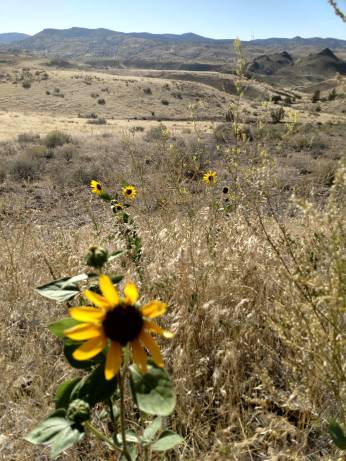