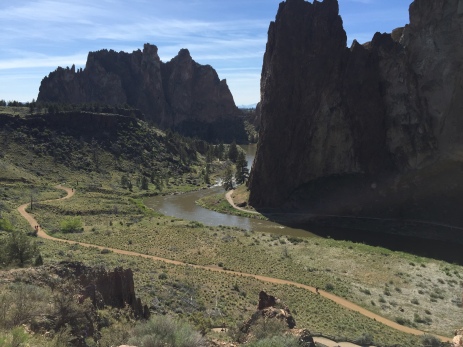 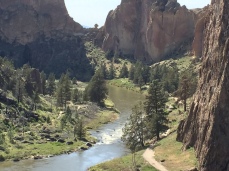 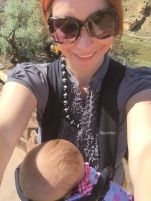 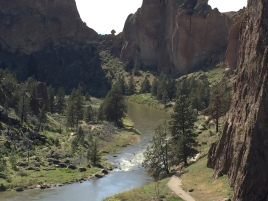 Pictures are of Smith Rock

Bend Oregon has experienced the opposite of White Flight. Bend has what I like to call “Caucasian Invasion”. In my many travels, Bend has got to be one of the whiter places in the World, and I’m not referring to the Cascade Mountains or the ample snowfall there in the winter.

In April 2016 our family was able to fly back to the United States. We had the opportunity—thanks to a professional connection—to spend some time in Bend, Oregon. While there I was able to validate the sheer whiteness of the place. We also spent some time in New York City, which isn’t quite so white. After living in Europe for a year, it was a nice break to vacation in America. I deeply missed America, especially the delicious food.

I had faded memories of a trip to Bend with my church youth group in the mid-1990’s. I remember going into the caves in that region and also hiking to the top of Smith Rock. This time, we had another agenda—a professional one for my husband and a personal one for me— we  got to see my parents.

Central Oregon appears to be a dusty dessert with sagebrush and evergreen trees. I could have sworn I saw mirages with cowboy riding in the distance. The days unfold, initially very cold; and then, when the sun comes up, the entire place bursts into golden warmth and glory. The sun beams feel especially piercing here, like daggers to the flesh. There are so many outdoors activities in Bend: fishing, hiking, skiing. The crime rate is fairly low in Bend and the public schools are decent. Diversity is almost non-existent.

Bend has a tightly knit downtown that cozies up to the Deschutes River. If you enjoy microwbrews, Bend is the place to go. It boasts more breweries per capita than any other city in the world. Bend is also the dog city. Dogs are everywhere imaginable…everyone has a couple dogs or three or four. We made sure to hit the famous Deschutes Brewery.I had a Black Butte Porter—the burgers there are also divine!

We learned a lot about the Real Estate Market in Bend. It is a boom and bust cycle. The house prices in Bend are some of the highest in the nation due to wealthy Californians moving in and “getting more for their money than they would in California”. Thus, with an increased demand for homes in this beautiful region, home prices are pushed to heightened levels. This creates the housing bubble there. I assume a consequence of the high prices for real estate in Bend pushes out the riff-raff–so it is a very safe place to live (according to all the locals we spoke to).

After visiting Bend, I can see why people there just LOVE it.

reneeandj Hi there! I'm Renee. I'm a once-a-week (sometimes more) blogger. Creativity and making things from "trash" is a favorite of mine. I'm getting into the self-help/motivational/inspirational mode too, so expect some write-ups of that sort. I'm a wife and mother of two children.
Published May 19, 2016July 31, 2016

One thought on “Bend Oregon Trip April 2016! WHITEST PLACE EVER!”